''...I enjoyed every minute of the tour and I attribute it most of all to the knowledge and dedication of both Rozle and Klemen...'' 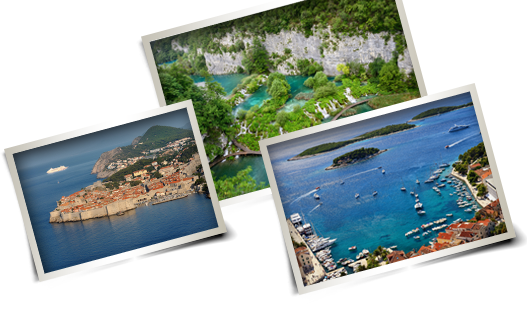 Croatian (official) 96.1%, Serbian 1%, other and undesignated (including Italian, Hungarian, Czech, Slovak, and German) 2.9%

The lands that today comprise Croatia were part of the Austro-Hungarian Empire until the close of World War I. In 1918, the Croats, Serbs, and Slovenes formed a kingdom known after 1929 as Yugoslavia. Following World War II, Yugoslavia became a federal independent Communist state under the strong hand of Marshal TITO. Although Croatia declared its independence from Yugoslavia in 1991, it took four years of sporadic, but often bitter, fighting before occupying Serb armies were mostly cleared from Croatian lands, along with a majority of Croatia's ethnic Serb population. Under UN supervision, the last Serb-held enclave in eastern Slavonia was returned to Croatia in 1998. In April 2009, Croatia joined NATO; Croatia signed the EU Accession Treaty in December 2011 and ratified the Treaty in January, 2012. Croatia will become a member after all 27 EU members ratify the treaty, with a target date of July 2013.

Though still one of the wealthiest of the former Yugoslav republics, Croatia's economy suffered badly during the 1991-95 war. The country's output during that time collapsed and Croatia missed the early waves of investment in Central and Eastern Europe that followed the fall of the Berlin Wall. Between 2000 and 2007, however, Croatia's economic fortunes began to improve slowly with moderate but steady GDP growth between 4% and 6% led by a rebound in tourism and credit-driven consumer spending. Inflation over the same period remained tame and the currency, the kuna, stable. Croatia experienced an abrupt slowdown in the economy in 2008 and has yet to recover. Difficult problems still remain, including a stubbornly high unemployment rate, a growing trade deficit, uneven regional development, and a challenging investment climate. The new government has announced a more flexible approach to privatization, including the sale in the coming years of state-owned businesses that are not of strategic importance. While macroeconomic stabilization has largely been achieved, structural reforms lag. Croatia will face significant pressure as a result of the global financial crisis, due to reduced exports and capital inflows. Croatia reentered a recession in 2012 and Zagreb cut spending, particularly on social programs. Croatia's high foreign debt, anemic export sector, strained state budget, and over-reliance on tourism revenue will hinder economic progress over the medium term.

three equal horizontal bands of red (top), white, and blue - the Pan-Slav colors - superimposed by the Croatian coat of arms; the coat of arms consists of one main shield (a checkerboard of 13 red and 12 silver (white) fields) surmounted by five smaller shields that form a crown over the main shield; the five small shields represent five historic regions, they are (from left to right): Croatia, Dubrovnik, Dalmatia, Istria, and Slavonia.